THE PROBLM OF WHITE PRIVIILEGE

‘White Privilege’ is a concept developed by campaigners against racial inequality to explain the on-going and persistent disparity in income and wealth between the black and white ethnic groups within the western world.

It postulates that there are certain unearned, undeserved and unfair advantages granted to white people, because of the colour of their skin, that makes them likely to be more economically successful in their lives than their dark-skinned brethren,

There is a short video doing the rounds on social media that seeks to inform and instruct on the matter.  In the video a number of young adults, men and women, black and white, are lined up in a park, as if they were to start the race of life.  Before the race begins the marshal explains that there is a handicap system in place, that they are to listen to the following announcements and if they fall into that category to move forwards or backwards as instructed.

And so on.  By the time all the announcements are finished the contenders form a staggered line with a disproportionate number of the black contenders further back than their white counterparts.

THE COMMON DESIRES OF ALL GOOD PARENTS

It is clear that in the ensuing race the black runners will have a significantly harder task if they are to win.  Job done, white privilege explained, give yourself a pat on the back, learn the lesson and move on – except that the categories of advantage given have nothing to do with the whiteness or otherwise of skin tone.

They are the advantages conferred upon children by the strength of their family heritage, the stability of the society in which they live and the ability to accrue wealth and pass it down the generations.

These are the common desires of all good parents for their children, to provide not only economically but also a stable and loving family environment and to be able to pass on their material possessions once they leave this earth. It is something demonstrated in my own family history.

A TRUE STORY OF CULTURAL PROSPERITY

In 1865, as the Civil War in the USA came to an end and the emancipation of the black slaves was enforced my great-great-great-grandfather was a landless farm labourer working the fields of the local landowner in south-west England and living with his family in a tied cottage.  A tied cottage is a cottage which he rented from his employer for the period of his employment. He did not have the privilege of owning his home  or land, the land had been taken from my family the previous century when the Enclosure Act had enabled the local gentry to acquire all the land and force the poor peasants off their strips and, either off the land altogether and into the cities or, as for my family, to work as poorly-paid employees on the land they had once worked for themselves.

Fast forward three generations and my family still lives in the same small village.  Two things have changed, firstly universal education has come to the country and my forebears can read and write and secondly my family has converted to Methodism and my great-grandfather is now a lay preacher and runs the small village shop and Post Office.

In two to three generations education and faith has lifted my family standing remarkably. In 1918 my grandfather returns from fighting in the Great War, marries, works as the village postman and in the mid-1930s moves with his wife and young son to the local town, where he is given a small council house.  He continues to work as a rural postman until he retires.  He has no wealth to speak of but he has a basic primary education and lives in a house from which he will not be evicted.

It is in this house where my father is raised, there is a grammar school in the town and my father is bright enough to get a scholarship.  He subsequently matriculates and becomes the first person in our family not only to complete secondary education but also to get a degree.  Armed with his degree my father enters the professions, marries, buys his own house and has three children, all of whom are educated to degree level. In spite of all temptations my parents remain married and upon their deaths they are able to pass on wealth in the shape of a house and savings to their children. A tale of an obscure family prospering over the generations.

THE WHITE BRITISH WORKING CLASS BOY HAS BEEN ABANDONED

Did this prospering come out of ‘white privilege’?  No, the greatest part of the story happened before the mass migrations of the last decades changed the British ethnic demographic.  Is it the story of every white British family?  Far from it, the number of white British families languishing in poverty is myriad.  Some of them can be said to have gone backwards over the last generation, having abandoned the conventions of marriage many children are trapped in the fast lane to poverty which is the single parent household.

With poverty has come poor housing and education, the white British working-class boy languishes in great numbers at the absolute bottom of the ladder of educational achievement.

The story of my family prospering is probably more exceptional than common but it has a few strands that are available to any family in the UK; to remember that they are a family and abide by the old-fashioned notion of fidelity to your marriage partner, to educate yourself and your children to make them fit for the world of work and to live within ones means, avoiding debt, to be able to pass on wealth to your children when the time comes.

Family, fidelity, reward for working and the capitalist system that is based on the notion of private property are, of course, anathema to those who promote the concept of ‘white privilege.’

‘white privilege’ is nothing more than a crude and lazy slogan, appealing to those who do not understand that the accrual of wealth and position can be a life-long and indeed a multi-generational accomplishment.

It is no wonder that families of the dominant culture, who have lived in the land for generations, are attuned to the nuances of that culture, having skills – even as basic as that of being a native speaker of the language –  and social connections, that enable them to better compete than those from families who are newly arrived.  This is not privilege, it is the fruit of living in a stable nation.

STARTING FROM THE BOTTOM

The problems of migrants all over the world are common, they are mostly starting off from the bottom of the pile and with certain disadvantages in regard to the host community that may prevent them from prospering.  When this is exacerbated by the large volume of migrants newly arrived in the UK, which makes it easier for the newly arrived to live in a cultural and economic bubble, and ‘the soft apartheid of multi-culturalism’ is government policy, reasons why migrant families do not have the same level of income and wealth as long established families are not hard to find.

These reasons take real thought to identify and real work to overcome, to enable the newly arrived families to be strong in themselves and easily grafted into the society which they have chosen to join.

If Black (or any other variety of skin-tone) Lives really Matter they deserve a better analysis than a race-based slogan designed by revolutionaries to shame those they wish to destroy. 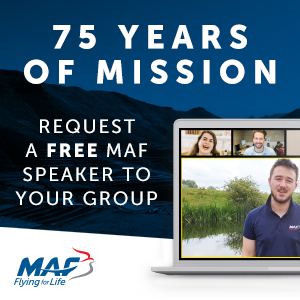