The communities of the Cairngorms have had enough. Like you all, they want things the way they were in 2019, and I suspect they are willing to pay any price to get there. Mothers are quite literally going mental home-schooling kids in isolation. The white-van tradesmen are doing their nut over neighbours turning them in for working in people’s houses. Kids are cutting themselves. The world is become a bloody shambles of epic proportions, but Israel, the hope of the world, is once again going to provide us with an Exodus from this excrement extravaganza in the form of THE GREEEN PASSPORT. Hallelujah! Yes, Israel has raced ahead with the fastest Covid vaccination campaign in the world, inoculating nearly half its population with at least one dose. Now, the rapid rollout is turning the country into a live laboratory for setting the rules in a vaccinated society.

VACCINES WILL SET YOU FREE

Prime Minister Benjamin Netanyahu’s cabinet voted last week to open shopping malls and museums to the public, subject to social distancing rules and mandatory masking. For the first time in many months, gyms, cultural and sports events, hotels and swimming pools will also reopen, but only for some.

Under a new “Green Badge” system that functions as both a carrot and a stick, the government is making leisure activities accessible only to people who are fully vaccinated or recovered starting Sunday. Two weeks later, restaurants, event halls and conferences will be allowed to operate under those rules. Customers and attendees will have to carry a certificate of vaccination with a QR code.

“Getting vaccinated is a moral duty. It is part of our mutual responsibility,”

said the health minister, Yuli Edelstein. He also has a new mantra:

“Whoever does not get vaccinated will be left behind.”

In Karmiel, the mayor made a decision to open his city in the northern Galilee region for business. His office began processing requests from employers who could verify that all of their employees had received the requisite two vaccine doses or had recovered from the virus.

And in other cities, mayors wanted to bar unvaccinated teachers from classrooms while some hoteliers threatened unvaccinated employees with dismissal.

“If you are not vaccinated, you are not respecting me, so why should I respect you?” said Yaacov Ben Elul, 60 and vaccinated. “You are endangering me and the rest of the people.”

Dr. Maya Peled Raz, an expert in health law and ethics at the University of Haifa, defended some limits on personal liberties for the greater good. Employers cannot force employees to get vaccinated, she said, but they might be allowed to employ only vaccinated workers if not doing so could harm their business.

“That may involve some damage to individual rights, but not all damage is prohibited if it is well-balanced and legitimate in order to achieve a worthy goal,” she said. “It’s your choice,” she added of leisure activities. “If you are vaccinated, you can enter. As long as you aren’t, we can’t let you

As in the UK, Mr. Edelstein, the health minister, said on Thursday that vaccination would not be compulsory in Israel. But his ministry is proposing legislation that would oblige unvaccinated employees whose work involves contact with the public to be tested for the virus every two days. And he is promoting a bill that would allow the ministry to identify unvaccinated people to the local authorities.

In the near future, travel may require digital documentation showing that passengers have been vaccinated or tested for the coronavirus. indeed, Israel and Greece agreed a tourism deal last Monday that will allow coronavirus-vaccinated citizens of the two countries to travel between them without limitations, once flights resume.

BACK IN THE DISUNITED KINGDOM

It’s not just because my wife reads this column, or that the occurrence is so rare, but may I say once more, I have been proved right yet again. Almost a year ago, simply by reading the UN and NWO plans and intentions, I told you what would happen. And here we are. If I did not know what would happen next, I could be consumed by smugness. However, I do know what is happening next as they have told us, despair, division, depression, destruction and death.

Expect a bounce back, of sorts, in the summer, but the rubber band has been gnawed through by the rats of the NWO, so expect it to break and when it does break, all will come crashing down. There is no coming back from this. The life you knew has gone. The vaccines will not set us free.

It is pointless quoting the horrendous list of adverse reactions to the vaccines (including death) but I believe this database will be horrendously populated in the coming months. I recommend this site for your attention. Listen if you dare https://celestialreport.com/

Meanwhile, the vaccine divide will widen. Denials of service on all fronts will be applied to those not taking the vaccine, which, if you believe the media, are but a mall bunch of selfish conspiracy theorists. The takeover of the media is complete, the propaganda machine is constant and the role out of agenda 2030 is unstoppable. The juggernaut of obliteration has changed uo a gear and the foot of antihuman intention has been slammed down on the accelerator. There will be blood.

I have swine-flu at the moment ( I am pig-sick of all this) but apart from that, I remain hopeful for the future. Do you?

The editors of The Way are STILL insisting I put up my source links and number-link them! Dream on. My Gonzo writing style does not easily allow numerical referencing, plus, they don’t pay me enough. Also, as a long-standing researcher I have a VAST AMOUNT of sources, and having been researching for many, many years, I consequently draw on the historical archives of my memory, which, if you ask my wife, Granada, is not at its best even on sunny days. Oh wait a minute, Granada is our dog. Well, that just goes to prove it. Look, do your own research, for much of what I write about is open source. Don’t be so lazy! You have to ‘search the *Scriptures’ to see if your Pastor is on track, unless you go to Hillsong or any other mainline denominational church where you can guarantee they are off track anyway. Therefore, Google what I tell you and see if it ain’t so. Even so editors, I will try harder. But not too much. 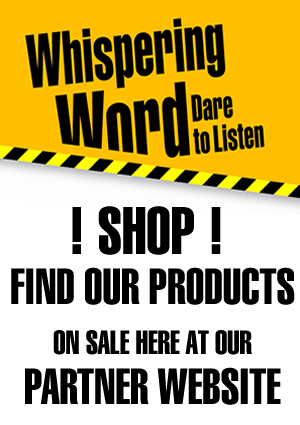