Bishops Bend Language to Their Own Destruction

Around a year agoe, in February 2019, Bishop Joseph de Metz-Noblat of Langres, president of the French bishops’ conference Council for Canonical Questions, wrote to the bishops that changes in baptismal documents should be made in order to avoid charges of “discrimination,” reported Catholic News Agency (CNA).

According to the report, Father Claude Barthe, editor of Catholic Res Novae, observed that de Metz-Noblat has participated in the process of reworking the baptismal forms since 2013, when same-sex marriage and child adoption were legalized in France.

“The increasingly complex situation of families in France makes it extremely difficult to draft Catholic acts, especially regarding baptism,” de Metz-Noblat wrote in December 2018, adding concerns about “problems of vocabulary.”

The bishop said, according to canon law, “ministers cannot refuse sacraments to persons who opportunely ask for them, while children cannot be held responsible for the situation of their parents.”

As a result, Bishop de Metz-Noblat said he had worked with two other commissions to produce a new baptismal registry formula that will require “names and first names of parents or other holders of parental authority,” which he wrote would make “the simple acknowledgment of one’s family situation, without bearing moral judgment on it.”  The change had now been approved by the bishops’ permanent council, Bishop de Metz-Noblat added.

However, CNA noted that Father Pius Pietrzyk, a Dominican priest who is chair of the pastoral studies department at St. Patrick’s Seminary in Menlo Park, California, said recommendations from a bishops’ conference are not binding law.

The bishops’ conference, he said, is “simply a pastoral engine for the bishops of a certain area to coordinate their pastoral ministry.”

CNA also cited a letter by Cardinal Francesco Coccopalmerio who, in 2017, was serving as prefect of the Pontifical Council for Legislative Texts and provided the views of the Holy See on the issue of baptisms of children of same-sex couples.

“[T]here is not a specific law with respect to the entry of same sex couples or ‘transgendered persons’ as parents on the baptismal record,” the cardinal reportedly explained. “The term ‘parents’ used by the Church’s Canon 877 clearly refers to the father and mother, the man and the woman created by God who are united in the sacrament of marriage.”

The entry of same sex couples or “transgendered persons” as parents would be contrary to the aforementioned canon and the teaching of Our Lord and of the Church on marriage as God desires it as the union between a man and a woman. If one of the partners is the natural father or mother of the child, it must be mentioned on the record, the other partner cannot be entered.

Rebellion in The Ranks

According to Barthe, a number of French dioceses will likely ignore the bishops’ conference recommendation to remove references to the parents’ sex on baptismal documents as each bishop has authority over his diocese.

The Catholic Herald reported some of the criticism of the new recommendation.

“It’s strange the Church is being advised to adapt to state laws this way – I see no need for it,” said Antoine Renard, honorary president of the Federation of Catholic Family Associations.

“The Church teaches families are created by fathers and mothers, and that other forms are not families. Lesbian and other couples could demand otherwise, but this won’t be accepted by the Church.”

In an interview with Catholic News Service, Renard also said that while the church could not “refuse baptisms,” it could require parents seeking the sacrament for their child to commit to “raise children according to church rules.” 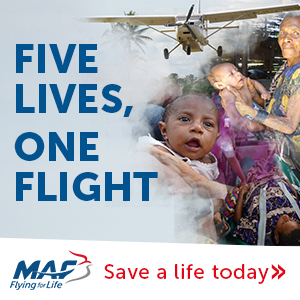